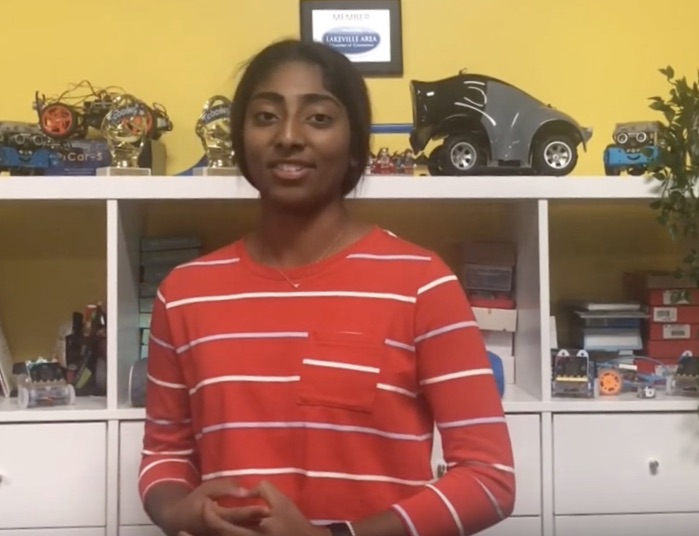 Tis the season for some pretty exciting moments in sports!  High School Championship games are won and lost.  College football is ramping up.  There is going to a Super Bowl soon…and don’t forget that March Madness is right around the corner!

But there is another competition each year that doesn’t get quite as much air time…it is the annual Congressional App Challenge (CAC).  The CAC’s mission is to INSPIRE, INCLUDE, and INNOVATE efforts around STEM, Coding, and Computer Science Education.  Since 2015, middle and high school students from across the country have competed to develop original apps that address problems locally, nationally, and globally.  Over the last 5 years, more than 14,000 students have been inspired to put their coding skills to work.

Recently, Lakeville North High School junior, Esha Sekar, decided to join in the competition.  She was inspired to create an app for the CAC when a friend was going through a tough time due to the declining health of a family member.  It is said that necessity is the mother of invention…Esha saw a need, and started planning her app, “Good Deeds”.

Esha and her friends wanted to do as much as they could to help this family in need, but often times the coordination of their good intentions led to confusion and overlap.  In came “Good Deeds” to the rescue.  Think of “Good Deeds” as a To-Do list with a social twist!  The account owner can create a list of tasks that need to be done, then users in the group can pick and choose which tasks they will complete.  They can also define when and how those tasks will be done and whether they will need help.

Esha was able to use some of the skills she had learned during her time at Code Hero Academy to develop this app.  She is committed to improving the app and making it available to a wider audience.  Whether or not her app is chosen as a winner of the CAC is not as important to Esha as the fact that she is using what she has learned to help others.  You might say that everyone involved here is winning in the end.

For more information on the Congressional App Challenge click here.