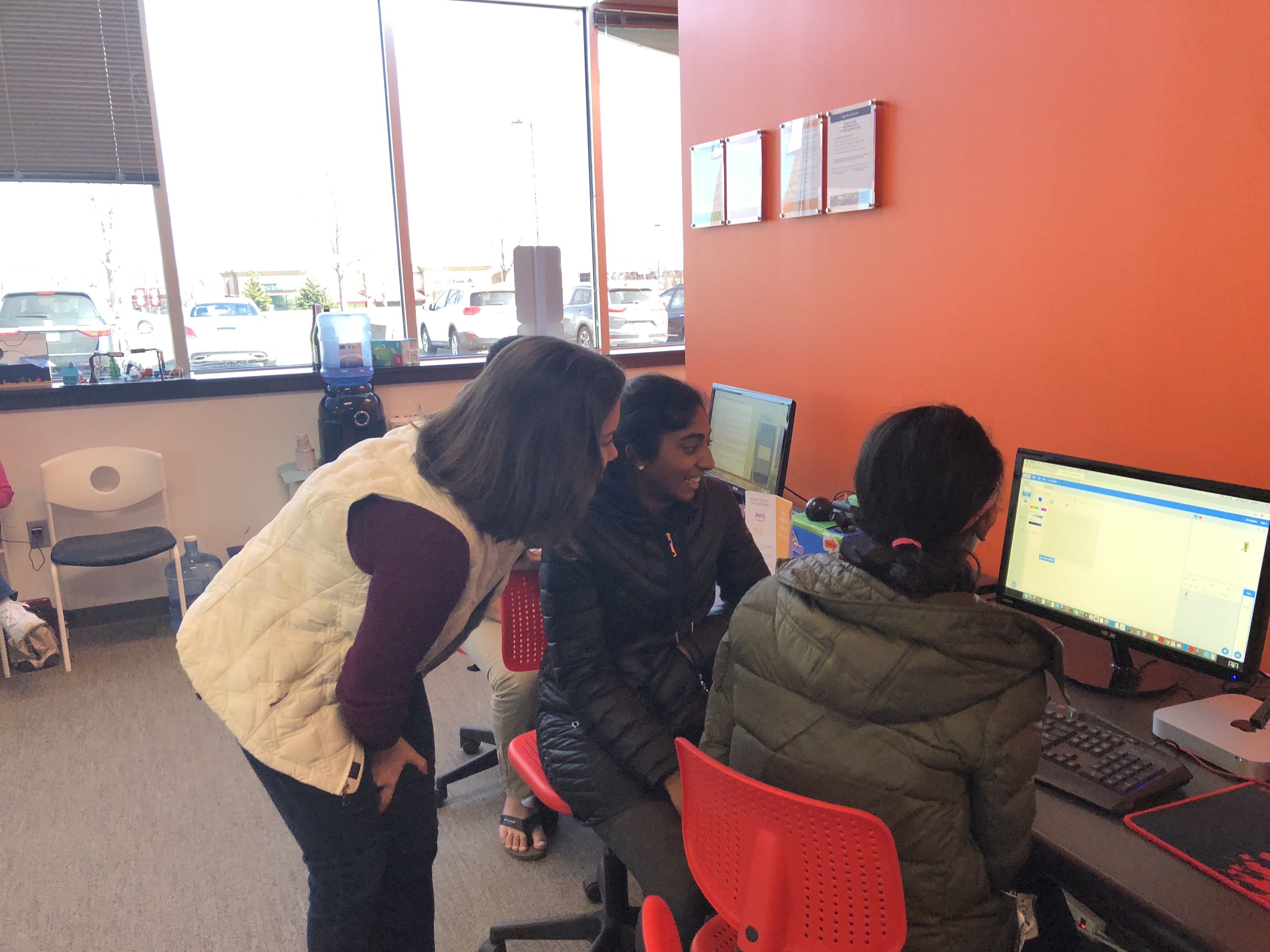 “Good Deeds” lead to great rewards. Code Hero Academy student Esha Sekar student saw a problem that needed to be fixed. When Esha’s family friend was severely ill, family and friends were eager to do as much as they could to help them out. Unfortunately, the process was a bit chaotic. There were miscommunications, missed tasks, and general confusion. And thus the idea for the “Good Deeds” app was born.

The app’s purpose is to organize the efforts of the family and friends of those in need, someone who is sick for example. The person who needs help can submit a list of tasks that can be accessed by their group of supporters. From there, the friends and family can claim tasks, ask for help, or communicate scheduling issues with the other members of the group. The result is getting the errands get done with less confusion.

The idea of addressing the problem Esha saw in her life was exactly what the judges at the annual Congressional App Challenge (CAC) was looking for. Although she wasn’t aware of the competition when she first thought of the idea for the app, Esha took first prize in the Minnesota’s 2nd District. And the process was not without roadblocks.

Esha had the idea for the app in early September, and the deadline for the application to the challenge was November 1st. Through the month of October, Esha got support from Code Hero staff as she developed her idea, put it together using Thunkable, and addressed issues such as layout concerns, problems with external links, and the demo not working on her phone. There were also some scheduling issues, which the Code Hero Academy staff helped with by adjusting their schedules to help Esha to finish the app in time. Although she was finishing it right up to October 31st, they were able to finish it in time and submit the required YouTube video.

Next steps are still up in the air in terms for the competition; the details haven’t arrived yet. As for the app, Esha plans to continue to work on it and eventually make it available through the app store. She hopes it will be a great tool that people in the medical field can introduce to their patients to help make their lives a little easier.

As for Esha, she’ll finish out her first year at Code Hero Academy and continue next year with her customized program. Besides apps, she is focusing on Python, robotics, and hopes to add website development. Maybe she’ll even get to meet Representative Angie Craig again. When Angie Craig first visited Code Hero Academy this year, Esha was impressed by the fact that a women with so much on her plate took the time to visit, talk with each of the students about their projects, and support not only the small businesses in the community, but the creativity of the students. Who know what the future holds.